How does cryptocurrencies's digital signature work?

A Bitcoin digital signature (as an example) and its verification are some of the main key secrets behind the Bitcoin protocol.

It allows non-repudiation as it means the person who sent the message had to have the private key and so, therefore, owns the Bitcoins – anyone on the network can verify the transaction as a result.

The private key creates the public key, which in turn creates the address – and through the mathematics using elliptic curves and modular arithmetic in finite fields the process is achieved.

Please refer to the following diagram: 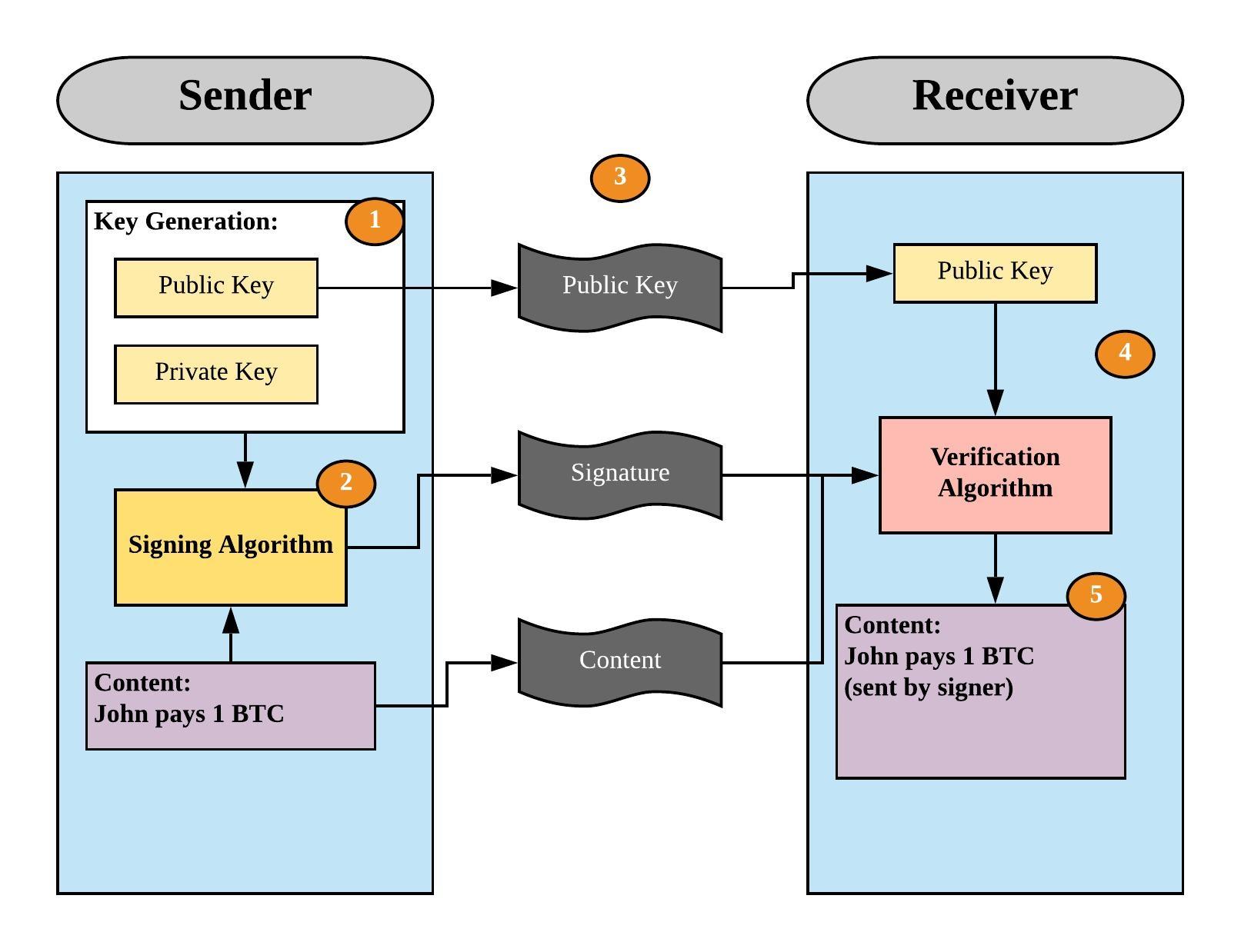 The sender generates a private key and a public key. They then sign the message with the signature and send their public key, the signature, and the message to the network. The node or receiver then checks using the verification algorithm that the message has been signed by the sender, which can only be done by the holder of the private key to the public key that is sent.